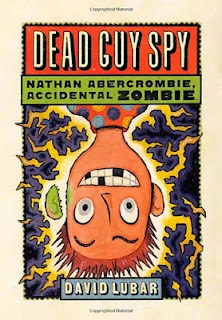 While Nathan and Mookie are walking to school one day, something odd happens. It seems that a bush is following the boys! When Nathan goes to check it out, a guy stumbles out of the bush and denies following the boys. They chalk it up to the weirdness of their town and head on to school. The weirdness doesn’t stop once they hit school, however, as Nathan spies a squirrel filming him with a nut-cam! Something is definitely up!

After discussing everything with Abigail and Mookie, it’s decided that someone is following Nathan and seems to be very interested in his new found zombie self. Nathan can’t imagine why anyone would want to follow him, but Abigail (who is seldom wrong) is convinced. What are they going to do about it?

The kids don't have much time to work on a plan, because ever since Nathan helped his school out with the track and field meet, the gym coach is on the muscle, and his new idea is to form the best middle school wrestling team ever! Mr. Lomux is looking to toughen them up, and Nathan is desperate to find a way to convince the other guys not to really wrestle him. It would be awkward if he lost a finger or an arm in gym class!

While Nathan is trying to avoid getting clobbered, the followers approach him, give him a bagel phone, tell him they know what he is and that they will be in touch. Before long, the phone rings and Nathan is sent on a wild goose chase to a meeting place where he is blown away by what they want him to do. And by the fact that the scientists who they are working with, can fix him so that he no longer falls apart. Seems too good to be true, right?

David Lubar keeps this series trucking along with fun characters, fast moving action, and the gross out moments that zombification naturally brings! Nathan struggles with his moral code in this installment and realizes that his actions have a larger effect. The gym scenes are hilarious, and all I can say is that I don’t want to be anywhere near the socks of Mookie and his pals!
Posted by Stacy Dillon at 7:57 PM 2 comments:

The Strange Case of Origami Yoda, by Tom Angleberger

Tommy is just trying to get through sixth grade. He’s not the most popular guy, but he’s not the biggest weirdo either. That particular title belongs to Dwight. Dwight is always doing odd things that aren’t helping his social status; stuff like “barfing in class because he ate thirteen servings of canned peaches as lunch” (p.4), or answering Tommy’s questions simply with the word “purple” over and over again.

Dwight’s latest thing is wearing a origami Yoda finger puppet and doling out advice. Tommy’s not sure what to make of this. On one hand, it’s the kind of odd Dwight behavior that fits Dwight’s profile, on the other hand, some of the advice that’s been handed out has been good advice. Tommy decides along with his buddies Harvey and Kellen to make a case file documenting origami Yoda’s successes and failures so that Tommy knows whether or not to trust origami Yoda with his own big question!

The “files” are all told by the people who asked Yoda for advice in the first place and each segment ends with Harvey’s two cents (he’s kind of like a control since he doesn’t believe in Yoda’s powers at all), and Tommy’s own opinion. Throughout the case file, readers are treated to a full serving of life in middle school, including embarrassing pant stains, pop quiz ethics, Shakespeare bust mysteries, and the ever nerve inducing school dance (renamed “Fun Night” to take the pressure off).

The Strange Case of Origami Yoda is a laugh-out-loud funny read, and captures that same essence of The Diary Wimpy Kid books without trying to imitate them. Tommy is a quintessential middle school kid, and the push-pull of his relationships with Dwight and Harvey will feel familiar to many readers.
The book has equal girl and boy appeal, as the advice that is asked tends to be universally middle school in scope.

If some of you doubt the possibility of a kid pulling off a month of wearing an origami Yoda puppet, I say you just haven’t spent enough time in a middle school. This is exactly the kind of thing that goes on in the cafeteria and hallways.

In this kicky new series, authors Joan Holub and Suzanne Williams have taken the gods and goddesses of Mount Olympus and given them the tween treatment by placing them at Mount Olympus Academy -- a private school located on the Mount.

In the first book, Athena is busily hanging around with her best-friend Pallas when a message scroll from Mount Olympus breezes through her bedroom window. When she opens it, she cannot believe what it says! The scroll is from Zeus himself, and it says that Athena is his daughter and that she is commanded to journey to Mount Olympus to attend the Academy with the other godboys and goddessgirls. She isn't a hundred percent sure that she wants to leave her best friend and the life that she knows, but she doesn't have much choice in the matter.

Before long, Athena is whisked by chariot up to Mount Olympus by Hermes himself, where she finds herself before a nine headed secretary (Ms. Hydra) who wants to know what classes she is taking. She chooses the first five that sound interesting, then is whisked into the hallway where she sees all kinds of intriguing folks including a trio of girls with shimmery skin.

These girls turn out to be none other than Artemis, Aphrodite, and Persephone and soon they and Athena are hanging around and trying to stay out of Medusa's way.

This is a fun, breezy series with the background of Greek Mythology that isn't too heavy, but is filled with the trappings that readers will recognize. Ambrosia, a teacher named Mr. Cyclops, a cute godboy name Poseidon and many more make multiple appearances in this installment. With its super cute cover and perfect drop of drama and romance, I predict this series will fly off the shelves and be passed hand to hand.
Posted by Stacy Dillon at 10:56 AM 2 comments:

I picked this graphic novel off the shelf at school not really knowing what to expect, and ended up with quite a bit to think about.

Copper and his dog Fred are living in a seemingly post apocalyptic reality. They are living on their own among various landscapes peppered with city-scapes, mountain ranges, giant mushroom fields, and where air travel (blimps, helicopters, and do-it-yourself planes) are mainstream forms of travel. Each single and dual page spread is titled and offers up a piece of Copper and Fred's life together.

Copper starts his journey expecting the worst, in part because of Fred's constant worry and fear. By the end of this volume, however, it is evident to readers that Copper's load has been lightened somehow.

This is a deep read that will give thoughtful readers pause. In turns heartbreaking and life affirming, Copper is the kind of book that readers will want to own, and return to time and time again.
Posted by Stacy Dillon at 9:48 AM 1 comment:

On the clipboard this week... 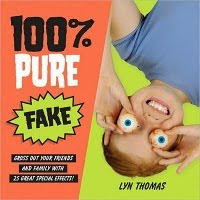 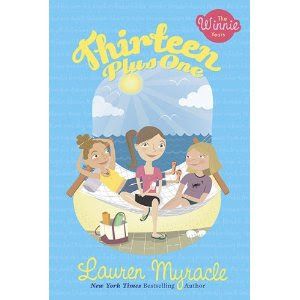 Thirteen Plus One, by Lauren Myracle


If You're Reading This It's Too Late by Pseudonymous Bosch 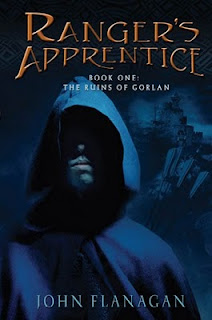 Email ThisBlogThis!Share to TwitterShare to FacebookShare to Pinterest
Labels: 5/10, Tweens, what are they reading?

Turtle in Paradise, by Jennifer Holm

It's June 1935 and Turtle is headed down south to Key West. She's being driven by her mother's latest boyfriend's friend who owes him a favour. Her mother's latest housekeeping gig doesn't allow children, and since it's the heart of the Great Depression there is no choice in the matter, so Turtle is being sent off to live with the relatives that she's never met.

Turtle has heard her mother's stories about growing up in paradise, but it seems that she was a little shaky on the details. When they finally find Turtle's people, the house is so small "you could probably sneeze from one side to the other." (p. 15) There's a barefoot boy on the porch named Beans and when his Mama comes through the door, it's clear that Turtle's mama's letter letting folks know that she was coming never showed up. Turtle's aunt is all on her own with her husband being up in the Northern Keys finding work, and she's got her hands full with 3 kids and an angry aging mother to deal with. But family is family and soon Turtle is finding herself at home on an island where she seems to be related to just about everyone.

Soon Turtle, Beans, Kermit, Buddy and Pork Chop are busy getting into all sorts of adventures. Mean old grannies, pirate booty, rum-runners, and cranky babies are all in Turtle's future. Throw in a hurricane and an old fashioned adventure filled with unforgettable characters is born.

Jennifer Holm has written a character driven story that is ripe for reading aloud. Turtle is a spitfire, and her cousins aren't to be left out of the spotlight either. I would love to read some more adventures about these conch folks. Turtle is one of those characters that readers won't want to let go of, and they will find their hearts alternately soaring and breaking for her.