After an illness at age 4, Cece loses her hearing.  She is soon equipped with a hearing aid that involves wearing a pouch around her neck attached to some "ear globs".  Cece is happy to hear again, but now has to learn how to understand once more.  To top things off, Cece now has to go to a new school.

A good thing about the new school is the other kids are wearing hearing aids too, and Cece is learning some useful skills like lip reading and using visual, context and gestural clues to help in understanding.  Cece is just finding her way, when her family decides to leave the city and head to the country, where she will be going to a regular school.

Cece gets a brand-new-BIG-for-school-only-around-the-neck hearing aid (The Phonic Ear) that comes with a microphone for her teacher to wear and is superpowerful.  What nobody expects is that it comes with the added feature of having a super long range, allowing Cece to hear not only her teacher teaching, but whatever her teacher is doing when she is out of the room as well (yes...even *that*!).

Cece has to negotiate the things that all kids go through at school - including navigating a friend who is not-so-nice, and getting her first crush.  Things unique to her situation include dealing with friends who TALK TOO LOUD AND TOO SLOW, and those who refer to her as their "deaf friend".

This is more than a graphic memoir - it is a school and family story for all kids.  Cece is an imaginative and emotional kid with whom readers will identify.  There is an accessibility to Bell's art that immediate draws you in and you can't help but cheer with her successes and cringe with her tears.  Fans of Telgemeier and Varon will readily scoop this up off of the shelves, and it *will* be passed hand to hand.  I am certain I will see many doodles of Cece and her friends in the margins of writer's notebooks this coming school year.  Do yourself a favor...get more than one!
Posted by Stacy Dillon at 9:38 AM No comments:

Under the Egg, by Laura Marx Fitzgerald

Theodora Tenpenny may live in Manhattan, but it's not a glamorous existence for her.  She lives in a ramshackle house with her absent minded math genius mother and her grandfather Jack.  But right on page 4, Jack is killed and leaves Theo only with the dying message of "Look under the egg."

Not much for a 13 year old who is trying to keep it together to go on.  So between gardening, taking care of her chickens and pickling for food, scanning the streets for useful objects and caring for her mother, Theo needs to unravel what her grandfather's wishes were.

Theo is up in her grandfather's art studio one day trying to figure out the mystery when a mouse runs up her leg and she jumps up and spills some rubbing alcohol on one of Jack's paintings - the painting unlike his other paintings.  The egg.  As Theo desperately tries to clean the rubbing alcohol off, the colors smear and smudge and she is devastated at losing this last bit of Jack.  But when she looks closely she realizes that under the egg, a different painting is revealing itself.  Could this be what Jack's dying words were about?

Theo is at a neighborhood diner owned by a friend of Jack's where she forms an unlikely friendship with Bodhi - another 13 year old who has just moved down the block and happens to have Hollywood parents.  Where Theo's existence is positively Little House on the Prairie, Bodhi's is the Jetsons in comparison.  Theo surprisingly lets Bodhi in on the secret painting, and soon with Theo's art history knowledge and Bodhi's internet skills, they are on the trail to the truth.

Woven into the text are explanations of fine art, as well as bits of history involving WWII.  There are also real life bits of NYC living including the Staten Island Ferry, Grace Church, the Met and the Jefferson Market Library.  All of these true things had me actually google Spinney Lane to see if it was one of those Manhattan streets I've walked by a million times but not walked down.

This is a solid summer mystery with a really fantastic sense of place.
Posted by Stacy Dillon at 12:32 PM No comments: 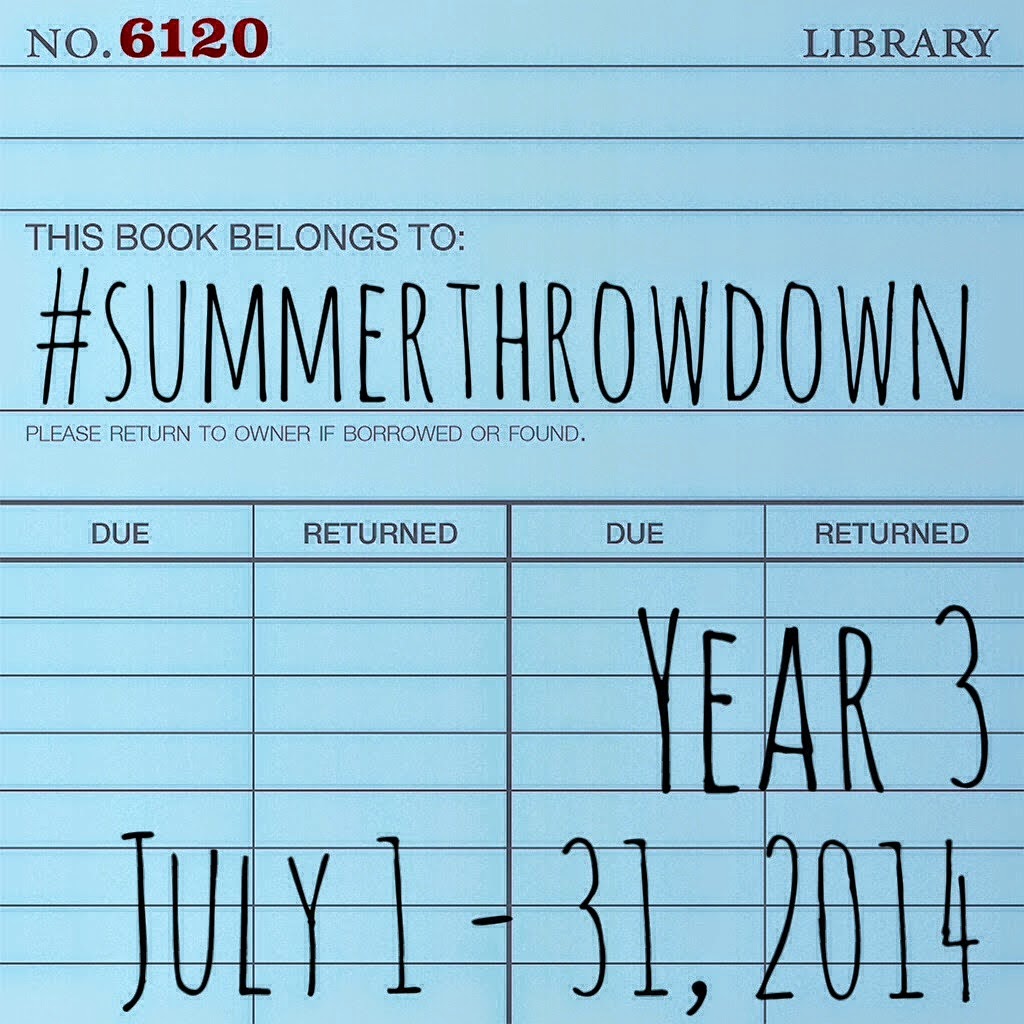 It's year 3 of the #summerthrowdown, y'all!  What is the summer throwdown, you ask? Well, it started as a friendly competition between teachers and librarians to see who could get the most reading done in a month. Over the years it has morphed into a read-o-rama, where we all try to read as much as we can to inform our readers advisory skills.

When I do the #summerthrowdown I tend to read across age groups so that I can recommend books to all constituents in our school - from the 4 year olds to the 15 year olds to parents and care givers.  So while you will be hearing about the tween titles more fully here, I am going to give a couple brief synopses of some of the books I have read and enjoyed that fall out of the tween age group.

First off we have Noggin, by John Corey Whaley.  Travis Coates opted for a radical treatment to his cancer - having his head removed and placed in a cyrogenics lab to await a possible body donation sometime in the future.  But the future comes sooner than anyone can imagine.  After only 5 years, Travis is still 16 and his best friend and girlfriend seem to have moved on, his parents are off and he feels like a freak.  How will he make it through this transformation?

Next, we have Alex London's follow up to Proxy called Guardian.  The Rebooters have taken over and the Reconciliation has placed Syd (Yovel) at its head, given him a bodyguard and are trying to reform the world.  Power, however, is an interesting thing and perhaps the leanings of those in charge of the Reconciliation aren't where they should be.  Larger than life characters and constant action will keep fans of the first installment wanting more.

A Time to Dance, by Padma Venkatraman is a stunning account of dancer Veda's journey as a dancer.  She has always wanted to dance, has breathed rhythm and feels strongly enough to go against her mother's wishes for her education.  Where a terrible crash leaves her an amputee, Veda has to find a way to dance again. Beautifully written, this story is a must read.

And finally Toms River, by Dan Fagin.  I am still working on this one, but this account of small towns and industrial pollution has this former resident of Niagara captivated.  I keep having to read bits aloud, because I simply cannot believe what was going on unbeknownst to most residents of Toms River in the 1960s, 70s and 80s.  Fascinating and horrifying all at once.

So head on over to the Summer Throwdown and get reading!

Posted by Stacy Dillon at 2:09 PM No comments: