The Last Clipboard of the Year! 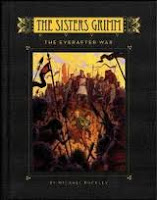 Top of the Order, by John Coy


What are your tweens reading right now?
Posted by Stacy Dillon at 10:58 AM No comments:

Email ThisBlogThis!Share to TwitterShare to FacebookShare to Pinterest
Labels: on the clipboard, tween choices, what are they reading?

This is a book I have been meaning to read for quite some time now.  The Big Splash is a book that has a constant and steady flow of readers at our school.  I enjoyed it very much, but somehow I had not gotten around to reading the sequel.  Boy, I'm glad I finally did!

It's only 2 weeks after the end of The Big Splash.  Matt is experiencing a bit of a moment of celebrity himself, and more and more kids are interested in his services.  He is a bit surprised when beautiful cheerleader Melissa Scott, girlfriend of basketball star Will Atkins, want to hire him to follow her famously sporty boyfriend around.  Matt isn't exactly used to dealing with the beautiful cheerleader type, and little does he know that Melissa is just the tip of the iceberg.

Of course, Vinny is still ruling The Frank, and he isn't about to leave Matt's talents untouched.  He too, wants Matt's services and doesn't give him much of a choice about the matter.  Liz, who is pulling away from Matt at this point, accuses him of having a lack of moral compass.  Matt is left wondering if he is any better than Vinny and his thugs.

Throw in some twists and turns of the family mystery, a super twisty path toward a romance, and wrap it all in a noir package and you have The Quick Fix.  And somehow it works.  Readers totally buy into Ferraiolo's world with it's rules and slang.  Kids have pixy stix addictions, water guns seal their fates, basketball games are fixed, and it all makes sense.  There is a sensibility to Ferraiolo's writing that oozes commitment and authenticity.  Kids get this and they enjoy every moment of it.  If you haven't made time to read this one yet, you should.
Posted by Stacy Dillon at 10:43 AM 1 comment:

While I don't often put press releases on this blog, every now and again I make exceptions.  The incomparable Jack Gantos will be speaking at the 92nd Street Y on Saturday, May 11th.  I suggest you run, not walk to get yourself to this event.  I was lucky enough to witness Jack's Newbery speech for Dead End In Norvelt, and I have to say, he is unparalleled in the public speaking arena.  Follow the link for tickets!
Posted by Stacy Dillon at 8:22 AM No comments: 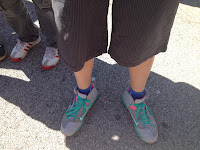 Jax is a kid I have known since he was a mere 4 year old.  He has grown into a quintessential middle school boy.  He's usually in the mix of everything and has grown into quite the reader.  He's usually up for a recommendation or two and was very helpful to me during my Newbery year!  I've been chasing him down to fill out this survey for me for a while.  When he's not surfing, playing video games or hanging out with his friends, he does like talking books!

What are your favorite genres to read?
I like reading books with a lot of action in them, but also being funny.

How do you select the books you want to read?
I usually read the next book in the series or I ask the librarian if there is a book that has been a hit.

What is your favorite book so far?
I really liked The One and Only Ivan, but I also like the Daniel X series.

What is your favorite thing about reading?
I really like being attached to a book, and to feel like I am there.

Do you read on an ereader/iPad/phone?
I only do my reading from a book.

What kind of books do you think are the most popular with kids your age?  Why?
I think that kids my age like books that have a little bit of comedy, but are action and mystery.